Feeling overwhelmed by the number of music streaming apps available? You're not alone. While many of the streaming music services may seem identical to the others at the outset, there are many subtle differences which we'll explain in this post. Don't spend your money just anywhere, read through this post to find the pros and cons of each.

Below are the top 7 best music streaming apps of 2019, along with a few runner-ups.

Spotify is the current king of streaming music, with 36% of the market (over 83 million subscribers worldwide). Spotify did an unconventional IPO in 2018 and, at the time of this writing, is down considerably from their all time high of $198.99. Despite their stock market woes, they're the number one streaming music app with the most paying subscribers of any other service. 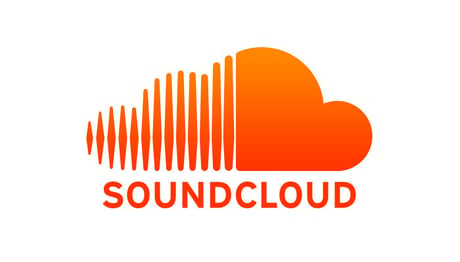 Soundcloud is the Youtube of audio, letting anybody upload music, podcasts, and more to their service. Soundcloud is great for indie artists or any musicians that are trying to get their music out there to begin building their fanbase.

Amazon actually has two different streaming music services (both will be mentioned in the pros and cons below). Amazon Prime Music and Amazon Music Unlimited have two million tracks and 10+ million tracks, respectively. Amazon Prime music is included with Amazon's Prime $120/yr membership, while Amazon Music unlimited is a $7.99/mo membership option which is separate from Prime.

Pandora is one of the first music streaming apps, and is the company that continues the music genome project. Pandora's music discovery options are unparalleled, and has several options to allow you to discover and stream unlimited music on demand.

Jay-Z purchased Tidal in 2015 and Tidal has quickly positioned itself as the artist friendly music streaming service, as well as  the streaming music service for Audiophiles.

First it was Google Music. Then it was YouTube Red. There's also  Google Play Music which is a separate service. Now Google Play Music is going away in 2019 and everything will become YouTube Music. If you're confused about Google's Music offering, you're not the only one. In it's current form, YouTube Music is Google's answer to Apple Music and Spotify. As one of the biggest, and most criticized, platforms for music, YouTube has several pros and cons, highlighted below.

For Clarity: YouTube Premium includes ad-free access to both YouTube Music and YouTube. Google Play Music Unlimited is a separate service that allows you to listen to 40+ million songs (paid, on demand) and upload your own music library to be listened to anywhere (free). YouTube Music is the newest version of the service that costs $9.99 and allows you ad-free access to all music on YouTube.

There are plenty of options to stream all different types of music, each with their various pros and cons. With 2019 shaping up to be a record breaking year for streaming music, it has never been a better time to signup for a service to begin discovering new music. Yet with all of these different streaming music apps, most offer very similar features to one another with very little differentiation. Fignotes is a new dynamic music streaming application that is built from the ground up to allow artists to express their creativity in new and unique ways that has never been possible before digital music existed.

Fignotes allows dynamic insertion of solo and derivative song versions that creates a seamless experience for the artists fans, and provides robust listener analytics to artists, something that no other streaming music service can offer. We live in an age of constant changes, why should our music remain static while everything else around us is dynamic and interactive?

Fignotes will be launching its Dynamic Music Streaming Beta in 2019. Interested in checking it out?